At last we have made it to Southport, ain’t it pretty?  Here’s a link to the new issue.

You only have to read a little bit of boring political banter first. And a new character even, oh snap! You’ll find out more about her later though.

Oh, also, also, soon I plan to upload a map of the world so the phrase Trans-Crescent Treaty will make more sense. Until then I’ll just let you in on a secret: Their continents are shaped like Crescents, and referred to as Crescents, so it’s essentially a Trans-Continental Treaty. 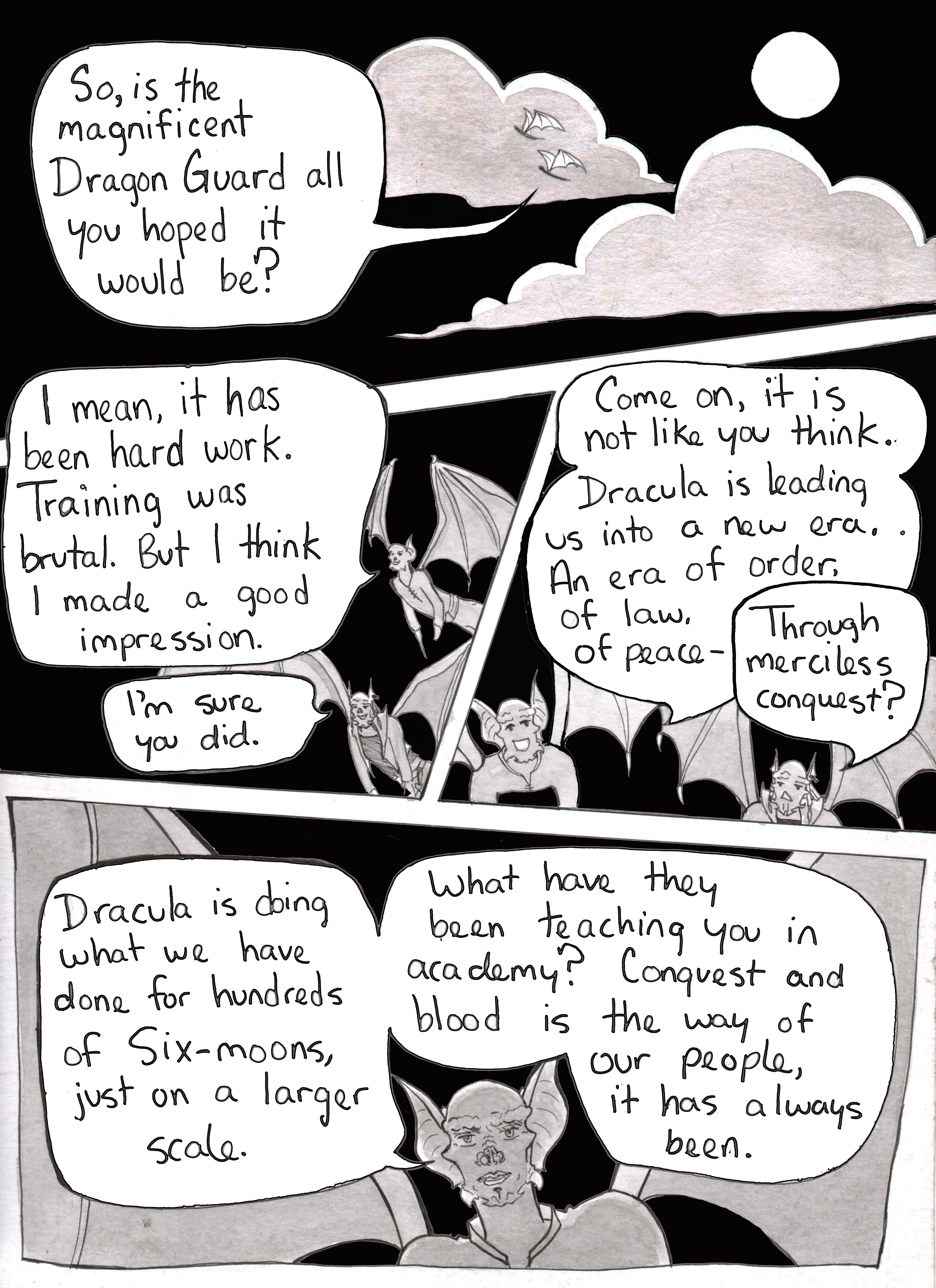